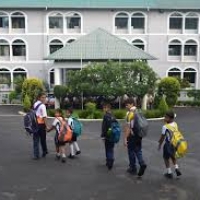 Kochi, Kerala
School Type : Day Boarding
Board : CBSE,IGCSE
Grade : Class 3 To Class 12
Type of School : Co-Ed
School : Private School
Establish : Year 2006
Established in 2006, Global Public School located in Ernakulam, Kerala is set amidst a lush green environment. Catering to students from Pre School to Senior School, Global Public School strives to be true to its motto of "Global Vision. Traditional Values."Almost a decade ago one balmy afternoon in April 2005, a few of us made a tryst with Destiny . Amidst the sylvan lush salubrious green-fields of Thiruvaniyoor with a simple Inaugural ceremony, a journey of thousands of miles began with the small steps of a fervent rendering an all faith Prayer and the articulation of a promise to provide the best learning environment to the pupils who enroll in Global Public School . Of course, mighty oaks from tiny acorns grow and so today sanctified by that promise and commitment Global Public School stands tall in a sprawling 7 acre campus teeming with pupils who under the dedicated tutelage of their teachers , step out as confident competent compassionate beings. 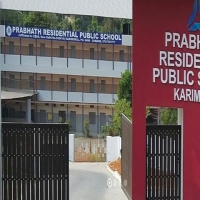 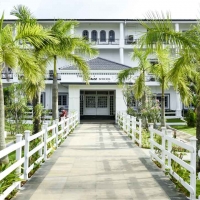 Kochi, Kerala
School Type : Day Boarding
Board : CBSE
Grade : Class 1 To Class 12
Type of School : Co-Ed
School : Private School
Establish : Year 1991
In the year 1991, The Choice School began its journey in pursuit of meaningful education. Today, the school has evolved into an institution that has delivered its promise of ‘excellence in education’. The school has a current strength of more than 2900 students and more than 400 teaching and non-teaching staff. Located in Kochi, Kerala on a sprawling 10 acre campus, it consists of seven blocks housing the Kindergarten, the Primary School, the Middle School, the Senior School, the Administration Block, the School Boarding and the Café Choice. There are three ‘feeder’ Kindergarten schools, situated in prominent areas of Kochi, catering to the tiny tots in and around these areas. 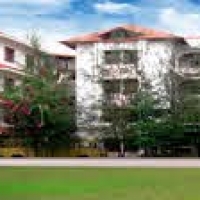 Kochi, Kerala
School Type : Day Boarding
Board : CBSE
Grade : Class 9 To Class 12
Type of School : Co-Ed
School : Private School
Establish : Year 1978
Toc H Public School was established in 1978 in Kochi .It is the best school in Kochi. Toc H Public School is owned and managed by the Toc H Public School Society, Kochi. This is a charitable organization (Reg.No. ER118/78, 17/05/1978) which has drawn inspiration from Toc H International. Toc H International was founded by Rev. Tubby Clayton, an army chaplain, in a tall white house in Poperinge, Belgium, during the First World War.
Boarding Schools in Kerala by Location
About Kochi
Kochi ([koˈtʃːi ] (listen)), also known as Cochin ( KOH-chin), is a major port city on the south-west coast of India bordering the Laccadive Sea a part of the Arabian Sea It is part of the district of Ernakulam in the state of Kerala and is often referred to as Ernakulam Kochi is the most densely populated city in Kerala As of 2011, it has a corporation limit population of 677,381 within an area of 9488 km² and a total urban population of more than of 2.

1 million within an area of 440 km², making it the largest and the most populous metropolitan area in Kerala Kochi city is also part of the Greater Cochin region and is classified as a Tier-II city by the Government of India The civic body that governs the city is the Kochi Municipal Corporation, which was constituted in the year 1967, and the statutory bodies that oversee its development are the Greater Cochin Development Authority (GCDA) and the Goshree Islands Development Authority (GIDA)Called the "Queen of the Arabian Sea", Kochi was an important spice trading centre on the west coast of India from the 14th century onward, and maintained a trade network with Arab merchants from the pre-Islamic era Occupied by the Portuguese in 1503, Kochi was the first of the European colonies in colonial India.

It remained the main seat of Portuguese India until 1530, when Goa was chosen instead The city was later occupied by the Dutch and the British, with the Kingdom of Cochin becoming a princely state Kochi ranks first in the total number of international and domestic tourist arrivals in Kerala The city was ranked the sixth best tourist destination in India according to a survey conducted by the Nielsen Company on behalf of the Outlook Traveller magazine In October 2019, Kochi was ranked seventh in Lonely Planet's list of top 10 cities in the world to visit in 2020.

Kochi was one of the 28 Indian cities among the emerging 440 global cities that will contribute 50% of the world GDP by the year 2025, in a 2011 study done by the McKinsey Global Institute In July 2018, Kochi was ranked the topmost emerging future megacity in India by global professional services firm JLLKochi is known as the financial, commercial and industrial capital of Kerala It has the highest GDP as well as the highest GDP per capita in the state The city is home to the Southern Naval Command of the Indian Navy and is the state headquarters of the Indian Coast Guard with an attached air squadron, named Air Squadron 747.