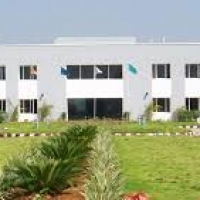 Vijayanagaram, Andhra Pradesh
School Type : Day Boarding
Board : CBSE
Grade : LKG To Class 12
Type of School : Co-Ed
School : Private School
Establish : Year 2009
The Vizag International School (TVIS) was established in the year 2009 in Vizanagram. Vizag was started by four think alike, long term friends with the aim of educating and enlightening the children and to make them sound individuals with high intellectual, cultural and moral standards. The school is affiliated to the Central Board of Secondary Education (CBSE), New Delhi — I to XII. The medium of instruction is English. However, equal emphasis is paid on other regional languages at individual level for our students’ better understanding. Our ideology is to provide a holistic environment and career builder tools to students that enhance the innate talent and skills of the students. 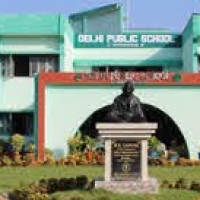 Vijayawada, Andhra Pradesh
School Type : Day Boarding
Board : CBSE
Grade : Class 3 To Class 12
Type of School : Co-Ed
School : Private School
Establish : Year 1949
Delhi Public School was established in the year 1949. In fact the school began a Church High School in the President’s Estate in 1941. It was renamed Naveen Bharat School in 1947. Finally, the school was renamed as Delhi Public School in 1949 at Mathura Road, Delhi. Now DPS is spread over 11 Nations world wide. There are over 120 schools in India. No other School in the history of the country has such a glorious past and hope for the future. Thousands of students and satisfied parents over the years stand testimony to this great institution.Education should be the biggest and best adventure in a child’s life.

Tadepalligudem, Andhra Pradesh
School Type : Boarding School
Board : CBSE
Grade : Class 4 To Class 12
Type of School : Co-Ed
School : Private School
Establish : Year 2004
Dr. KKR Happy Valley School was established in 2004 in Tadepalli .KKR Gowtham group of institutions has been a byword for success in competitive exams and has helped students secure admissions into the top universities in India and abroad. With an enviable and exceptional track record of creating successful students in KKR Gowtham schools, we at HVS offer a robust co-curricular programme is designed to lay a strong foundation for the students to achieve the targets of their choice. Our previous 12 batches secured 2439 IIT ranks, 3224 AIEEE ranks (now its IIT Mains), 2466 BITSAT and 6042 EAMCET ranks. 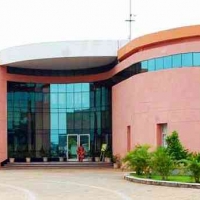 Visakhapatnam, Andhra Pradesh
School Type : Day Boarding
Board : CBSE,IGCSE
Grade : Class 4 To Class 12
Type of School : Co-Ed
School : Private School
Establish : Year 2008
Oakridge International School, Visakhapatnam, is a Nord Anglia Education Day and Residential school located in this beautiful port-city. Set in a beautiful and green environment, we focus on bringing high quality learning experiences to every child. As the top school in Visakhapatnam, we have a world-class school, spread across an area of 10 acres and equipped with modern, state-of-art amenities and facilities. At Oakridge International school, Visakhapatnam, we have built a school that supports holistic and ambitious learning. 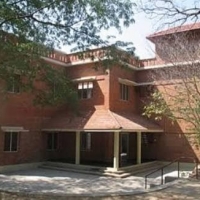 Chittoor, Andhra Pradesh
School Type : Boarding School
Board : ICSE
Grade : Class 4 To Class 12
Type of School : Co-Ed
School : Private School
Establish : Year 1926
Rishi Valley Education Centre is run by Krishnamurti Foundation, India. It is located in a sheltered valley in the interior of rural Andhra Pradesh, about 15km from the nearest town, Madanapalle, and about 140 km north-east of Bangalore.The site of the school, chosen by Krishnamurti for its remarkable atmosphere of peace and serenity, is an undulating landscape of fields, rain-fed streams and scattered villages, surrounded by ancient granite hills with striking rock formations. Located in a drought-prone area, the hill slopes are sparse in vegetation and the valley floor dotted with an occasional banyan or tamarind tree. 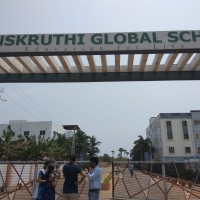 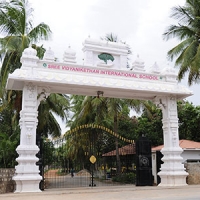 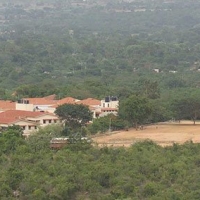 Chittoor, Andhra Pradesh
School Type : Boarding School
Board : ICSE
Grade : Class 4 To Class 12
Type of School : Co-Ed
School : Private School
Establish : Year 2006
The Peepal Grove School was established in 2006 in Chittor. It is a project of The Satsang Foundation founded by Sri Mumtaz Ali or M, as he is popularly known. He is a social activist, educationist and a crusader for inter-religious harmony with a deep knowledge of world religions. He has been associated with the Ramakrishna Mission and was a trustee of the Krishnamurti Foundation. 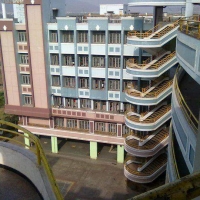 Visakhapatnam, Andhra Pradesh
School Type : Boarding School
Board : CBSE
Grade : Class 6 To Class 12
Type of School : Boys
School : Private School
Establish : Year 2009
Vikas Vidyaniketan was established in the year 2009 in Visakhapatnam .A premier world class institution at Vishakhapatnam affiliated to CBSE, New Delhi The exclusive fully equipped Boarding School at Visakhapatnam is the largest residential School in South India. The State of the Art boarding campuses for boys and girls and the serene environment with well designed modern in-house amenities , makes life at Vikas Vidyaniketan a truly stimulating and rewarding experience. The Blend of the best faculty, a dynamic management and the dedicated staff highly committed to education has given a new definition to the foundation of the education ecosystem. Right from the Directors to the counsellors, someone or the other is in constant touch with the students. The students also develop affinity towards the organisation and they love their teachers.
Boarding Schools in Andhra pradesh by Location
About Andhra pradesh
Andhra Pradesh (English: Telugu: [ãːndʱrʌ prʌdeːɕ] listen ) is a state in the south-eastern coastal region of India It is the seventh-largest state by area covering an area of 162,975 km2 (62,925 sq mi) and tenth-most populous state with 49,386,799 inhabitants It is bordered by Telangana to the north-west, Chhattisgarh to the north, Odisha to the north-east, Tamil Nadu to the south, Karnataka to the west and the Bay of Bengal to the east It has the second longest coastline in India after Gujarat, of about 974 km (605 mi) Andhra Pradesh is the first state to be formed on a linguistic basis in India on 1 October 1953.

Andhra Pradesh was once a major Buddhist pilgrimage site in India and a Buddhist learning center which can be seen in many sites in the state in the form of ruins, chaityas and stupas Andhra Pradesh is also known as the land of the world-famous diamond Koh-i-Noor and many other global known diamonds due to their presence in its Kollur Mine once It is also known as the "rice bowl of India" for being a major producer of rice in India Its official language is Telugu; one of the classical languages of India, the fourth most spoken language in India and the 11th-most spoken language in the worldEarly inhabitants were known as the Andhras, tracing their history to the Vedic period when they were mentioned in the 8th century BCE Rigvedic text Aitareya Brahmana According to the Aitareya Brahmana, the Andhras left North India from the banks of river Yamuna and migrated to South India.

The Assaka Mahajanapada (700–300 BCE) was an ancient kingdom located between the Godavari and Krishna Rivers in southeastern India accounts that people in the region are descended from the Viswamitra are found in the Ramayana, the Mahabharata and the Puranas The region also derives its name from Satavahanas who are also known as Andhras, the earliest kings of Andhra Pradesh and India Early peoples supported local art culture by building temples and sculptures of the Buddhist monuments in the state It was ruled by Satavahanas, Eastern Chalukyas, Andhra Ikshvakus, Vijayanagara Empire, Mauryan Empire, Cholas, Pallavas, Salankayanas, Vishnukundinas, Kakatiyas and Rashtrakutas In the 3rd century BCE, Andhra was a vassal kingdom of Ashoka but after his death Andhra became powerful and extended its empire to the whole of Maratha country and beyond.

Andhra Pradesh comprises two major regions, namely Rayalaseema in the south-west and Coastal Andhra bordering the Bay of Bengal in the east and north-east The state has a total of thirteen districts, nine located in Coastal Andhra and four in Rayalaseema The state also has a union territory, Yanam - a district of Puducherry which lies to the south of Kakinada in the Godavari delta on the eastern side of the state It is the only state with three capitals The largest city and commercial hub of the state, Visakhapatnam being the executive capital while Amaravati and Kurnool serve as legislative and judicial capitals respectively.

The Economy of Andhra Pradesh is the seventh-largest state economy in India with ₹933 trillion (US$130 billion) in gross domestic product and a higher than national average per capita GDP of ₹164,000 (US$2,300) Andhra Pradesh ranks 27th among Indian states in Human Development Index (HDI) Andhra Pradesh has a jurisdiction over almost 15,000 square kilometres (5,800 sq mi) of territorial watersAndhra Pradesh hosted 121.

8 million visitors in 2015, a 30% growth in tourist arrivals over the previous year, making it the third most-visited state in India The Tirumala Venkateswara Temple in Tirupati is one of the world's most visited religious sites, with 1825 million visitors per year The region is also home to a variety of other pilgrimage centres, such as the Pancharama Kshetras, Mallikarjuna Jyotirlinga and Kodanda Rama Temple The state's natural attractions include the beaches of Visakhapatnam, hill stations such as the Araku Valley and Horsley Hills, and the delta of Konaseema in the Godavari River delta.